“Fly, my thoughts, on wings of gold;”

It was because he had figured out what Aria was thinking when she started singing.

“Didn’t you say that your life would be in jeopardy”

She said it was also fatal.

Didn’t she admit it with her own mouth

But Aria just reached out her hand towards Vincent and he shut his mouth at once.

“go settle upon the slopes and the hills,”

The song of dawn, which started from a small boat, swept swiftly across the vast sea with a strong wind.

And it took control in a heartbeat

As if in response to her song, the waves swelled strongly along the melody.

The feeling of the sea was unfamiliar.

Vincent let out a short scream and hurriedly hung on the railing.

He had no time to feel motion sick.

He struggled to keep his balance and his eyes glared open.

‘I knew from the beginning that the Siren’s song was great, but this…….’

It was beyond imagination.

The sea was answering a man’s call.

He knew that she was loved by animals.

He thought she was some kind of ecosystem-disrupting species.

Siren went beyond the ecosystem and was loved by Mother Nature.

‘How could such a power exist’

He realized it all over again, but it didn’t make sense.

It was an ability that went against the providence.

“Oh, my homeland, so lovely and so lost!”

Aria clasped her hands desperately and muttered as if in a whisper.

The song that had spread grandly along the mighty waves became as calm as the waves that crashed against the rocks.

“where, soft and mild, the sweet airs

of my native land smell fragrant!”

She spit out a melodious yet melancholic melody.

“Oh, my homeland, so lovely and so lost.”

So, it brought more anxiety.

It was a song that was stuck in the heart so much that every word was desperate.

As soon as Vincent saw the lyrics of this song, he knew it was a clue that to go to Atlantis.

This was because it was a song that portrayed the lost land with longing.

The slaves, who had gathered on the deck, stood as if possessed and listened to Aria’s song.

The slave groaned as he grabbed the crushed leg and murmured.

The boy, who had been trembling with Lloyd’s coat wrapped around his head, poked his head out of the coat.

Ted, still unable to shake off the remnants of fear, sighed in relief.

And he hugged his wife and children tightly.

Nothing has been resolved yet though.

The ordinary daily life was now a past that they will miss for the rest of their lives.

All the memories turned into despair.

Because their whole life was taken away.

Now that they have become a slave, they will no longer be treated as a human being.

For the profit of other countries, they will only be tested until they die as materials for the research lab.

“Golden harp of the prophets of old,

why do you now hang silent upon the willow”

Their future was bleak.

They were tired of looking up at the sky and praying unanswered prayers.

When they tried to conform to fate, the slaves saw the light of salvation.

A beautiful young man with dark hair who broke their shackles and opened the way when they were about to be devoured whole by monsters.

“Rekindle the memories in our hearts,

and speak of times gone by.”

Their hair and hem fluttered in the direction of the singing voice.

This was the call to them.

“Let me cry out with sad lamentation…..”

That was the moment.

Aria, who sang as if commanding the sea by tightening and releasing her vocal cords, raised her voice as if breaking the boundaries.

The song quickly crossed the sea and spread across the horizon in an instant.

“The sun is rising…”

A whitish light began to spread over the vast, black sea where nothing could be seen.

A red light spread across the sea, leading thousands of halos.

The sun was rising.

“may God strengthen me.”

“to bear these sufferings.”

Strength to bear these sufferings.

“May God strengthen me to bear these sufferings.”

The light of dawn filled the eyes of a slave who hummed along to the song.

That there were no handcuffs or shackles that bind them now.

‘Why didn’t you try to run away from the beginning’

Hundreds of people were brought into slavery, but they did not try to win freedom together.

‘Because I was afraid.’

Fearing the darkness that they could not even see an inch ahead, they gave up and resigned.

They couldn’t shake the endless despair.

But now there were no more bizarre monsters that eat people.

“No, even if there is a monster, if you don’t get out, you’ll be locked up here forever.”

Now it seemed like they could really do anything.

A certain slave exclaimed with conviction.

And without hesitation he pulled the chains with an anchor.

Slaves exchanging glances followed the man, grabbing the chains and pulling up the anchor.

A woman from an island with sailing experience took the helm.

She hastily tried to escape, but had injured one of her legs, but her arms were still intact.

The remaining slaves took the oars.

The taut sails moved forward with the wind blowing.

To the wide and free sea road where no one can restrain them.

“May God strengthen me to bear these sufferings.”

Aria finished the finale to the end with a quivering voice, then staggered as she grabbed the railing.

It was a familiar pain.

Her vision was blurry, and her eyes were covered in black in an instant.

He must have listened to the song, as she squeezed her magical powers to the point that it upset her stomach.

Aria sent a message to him even at that moment.

And before she could hear the answer, her body slowly collapsed.

Vincent screamed and hurriedly caught her as she collapsed.

That moment was the last thing Aria remembered.

Lloyd was alone from the beginning.

But from the moment Lloyd’s sword gleamed with white light, the chimeras faltered and stepped back.

As if their intuition said that it was a fight with no chance of winning.

“Why are you scared”

Lloyd knocked down the wall.

After completely blocking the chimera’s escape route, he lifted his chin with the tip of his sword.

He tilted his head slowly and continued his word.

“It must be the salvation of God that you so longed for while you were alive.”

And whispered like the evil spirit of the night that threw all hope into the abyss.

He swung his sword and shattered all the chimeras to ashes in an instant.

His face, stained with boredom and ruin, quietly stared up at the ceiling.

To be precise, he followed the footsteps of the slaves who were busily running on the deck.

In an instant, a destructive impulse arose.

A great force spun through his body, whispered in a voice full of hate.

They deserve to perish.’

The noise that repeated loud enough to make his head ring, gnawed at his mind.

Lloyd dragged his sword to the floor with blurred eyes.

And he went up the stairs.

“Will he be okay The savior, can we leave him downstairs”

Because the monster was stuck.

“He was a benefactor, but he was a no less a monster.”

“But even if he fights monsters equally well, he’s still human.

The slaves stood with their backs to Lloyd and muttered.

Seeing them all gathered together made his stomach twist.

He raised his sword

Killing them will take away this disgusting headache.

The moment he was thinking about it,

“Fly, my thoughts, on wings of gold!”

He heard a voice.

The strength in his hand holding his sword loosened.

As her song reached its climax, as she approached the finale, his lost focus and blurred eyes slowly returned.

And he suddenly lifted his head.

Lloyd ran to the deck.

At the end of his vision, he could see Aria, whose body was drooping helplessly.

At that moment, her feet seemed to collapse. 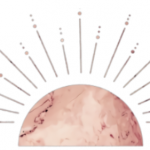